As firm believers that education is the only way out of poverty, my family and I have been supporters of Akanksha since 2013. In 2015, when the opportunity arose to visit and volunteer at a school, my daughters and I were excited for the opportunity to experience life in India and to help children learn. Little did I know how meaningful that trip would end up being.

My daughters and I volunteered at the Late Anant Pawar Memorial English medium school (LAPMEMS) in the Bopodi district in Pune. Like all Akanksha Schools it was a public private partnership school where the government provided the premises, uniforms and one midday meal. The teachers, staff and social workers were trained and employed by Akanksha. They also developed the curriculum and provided text books and stationery. The kids were from kindergarten to eighth grade in age.

My children were 17 and 14 years old and helped with the art and science classes respectively, while I was a private tutor. The teachers would identify the students who were lagging behind in a subject and I then spent one on one time with them catching them up to the rest of the class. 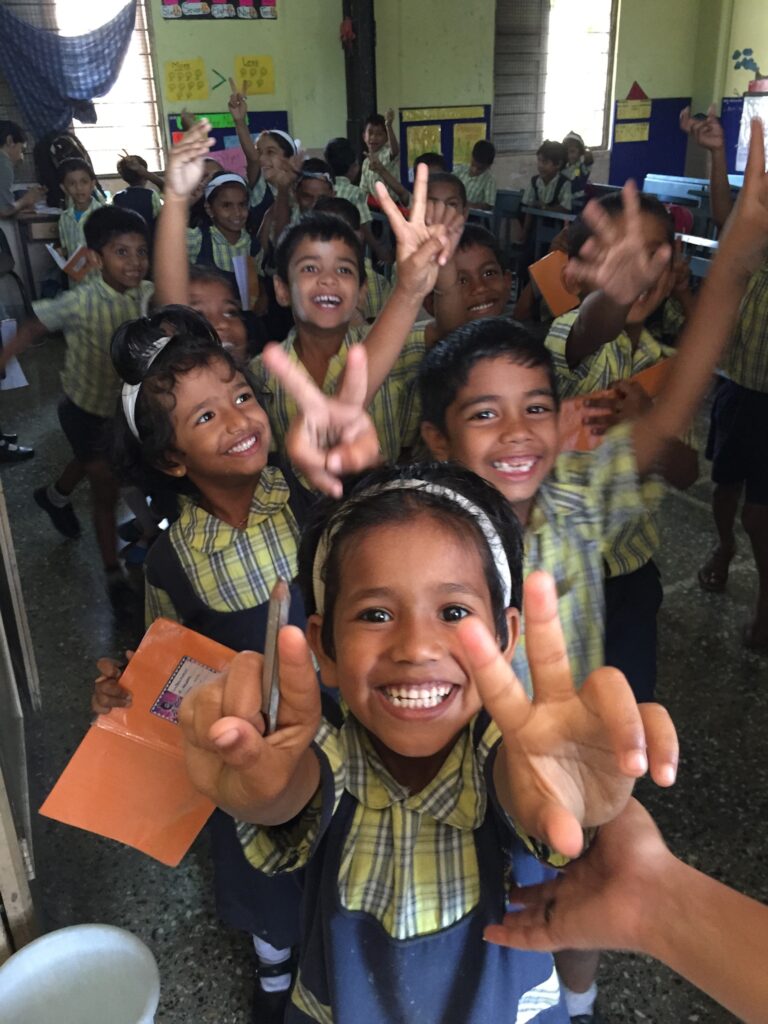 Over the course of the three weeks, my children worked with their respective classes. I had the opportunity to visit other Akanksha schools in Pune. I learned that all Akanksha schools were English medium schools, with some schools going up to 12th grade. The confidence with which the kids spoke English grew as they grew. While the little kids had to be reminded that they couldn’t speak Marathi, which was the language of the community, older kids were very comfortable speaking English and spoke fluently and with confidence. I watched portions of a debate competition and other extracurricular activities like dance and sports

One eye opening experience was when I accompanied social workers during home visits. The social workers went into each Akanksha student’s home to make sure that they had a quiet space with adequate light to study efficiently. They knew the circumstances of each family, listened to the problems of the community and promised to try to solve them. It was a very tight knit and diverse community with parents helping each other, watching each other’s kids when they were working etc.

During these trips, I learnt that because of the lottery system of admission, not all kids in a neighborhood or even from the same family have a chance to go to an Akanksha school 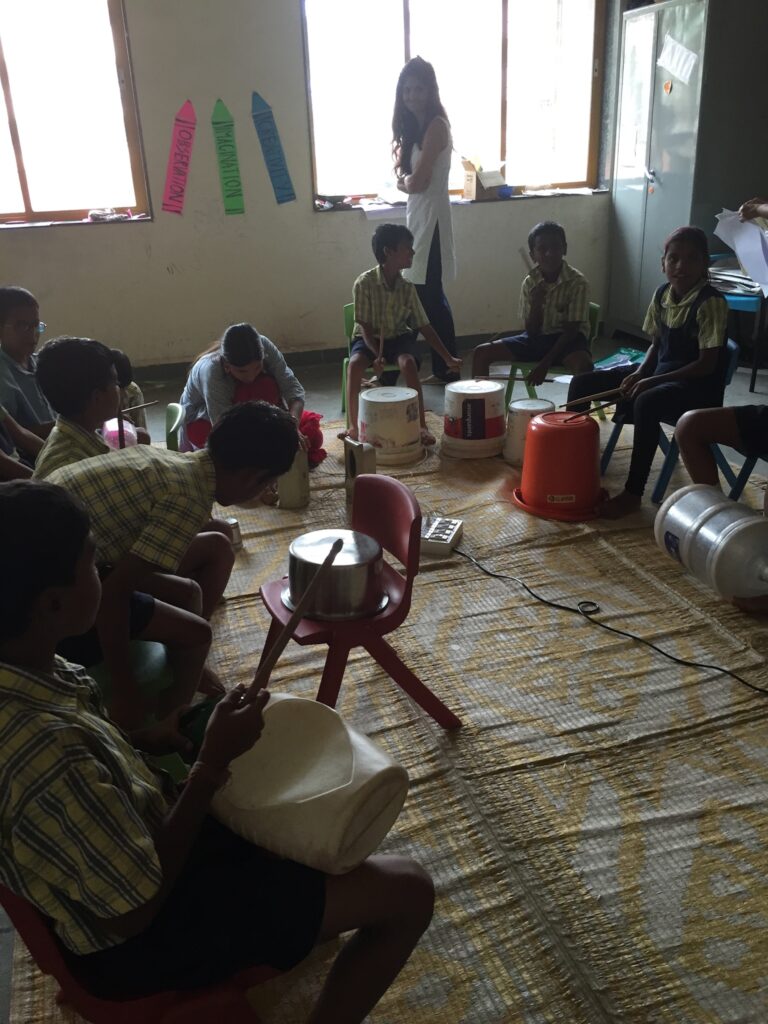 One of the evenings I attended one of the parent education sessions. It was held in Marathi but one of the teachers translated for us. Many parents were uneducated but they all wanted their kids to be educated. They listened very intently to all the instructions they were given to make their children’s lives better. It was heart- warming to watch. The session was about health and nutrition, with the teacher explaining preferred foods and foods to avoid for children while encouraging questions and participation from parents.

On our last day the students had a fun program planned for us. My daughters were overwhelmed at how attached the kids had become. They received a lot of hugs and they were very touched by all the artwork and thank you cards that made their way to us. I was very glad we were able to spend that time there seeing how things really work. It was also wonderful and fun for the students to be tutored by young kids who spoke good English and to practice their English with them. It helped me see how teachers, staff, social workers, principal and parents were all dedicated to make each child’s life better. It truly takes a village!

Soon after that trip I became more engaged in Akanksha. Our family increased our giving to Akanksha and I became an ambassador for Akanksha on the west coast. I also recently joined the Board with the intention of increasing awareness in the west coast.