The Sawhney Family Scholarship Fund was set up by Vinod Sawhney’s children to celebrate his 70th birthday, his many accomplishments, and his legacy of positively influencing so many through medicine, leadership and other contributions to society. Just as Vinod benefited from a full scholarship to attend medical school in New Delhi which put him on a path to success, this scholarship will enable exceptional students across India to pursue higher education. Thank you for your incredible support.

Please click on the button below to donate to this Fund:

We are proud members of the New India Philanthropy Alliance, launched at the Indiaspora Summit In Washington DC on October 2, 2019. We commit to working collaboratively with ten other member organizations to advance India’s humanitarian and development goals. Excerpts from the press release announcing the launch of the alliance are below:

WASHINGTON, DC, October 2— On the 150th birth anniversary of Mahatma Gandhi, eleven organizations announced the formation of a new India Philanthropy Alliance (IPA) to further advance humanitarian and development goals in India through increased collaboration. They did so at the Indiaspora Philanthropy Summit held on the first day of ChaloGive, a week celebrating Indian diaspora philanthropy.

The organizations that comprise the new Alliance are the Akanksha Fund, American India Foundation (AIF), Arogya World, CRY America, Dasra, Ekal USA, Foundation for Excellence (FFE), Indiaspora, Magic Bus USA, Pratham USA, and VisionSpring. These organizations collectively raise $125 million annually in philanthropic donations, including more than $50 million in the United States. Their most generous donors are Indian-American entrepreneurs and professionals as well as companies doing business in both the United States and India. Together, these 11 organizations have cumulatively impacted more than 67 million people with their evidence-based programs spanning education, health care, livelihood support, and other essential services. The pre-launch activities of the Alliance began two years ago and were generously supported by Indiaspora.

To help India meeting its United Nations Sustainable Development Goal commitments, the organizations that are part of the Alliance will work more closely together in their constituency-building efforts in the United States and in their work in India. An article detailing their activities and objectives was published on October 1 in the prestigious Stanford Social Innovation Review.

The India Philanthropy Alliance’s mission is: “To enhance collaboration among organizations working to advance the development agenda in India. We work together to foster a more robust and better recognized culture of giving among Indian-Americans and over time, increase the scale and impact of philanthropy benefiting India.”

We are excited to participate in ChaloGive, an online giving campaign to provide the Indian diaspora a platform to support the best Indian charities.

We look forward to being one of the 21 high-impact organizations that is part of ChaloGive. 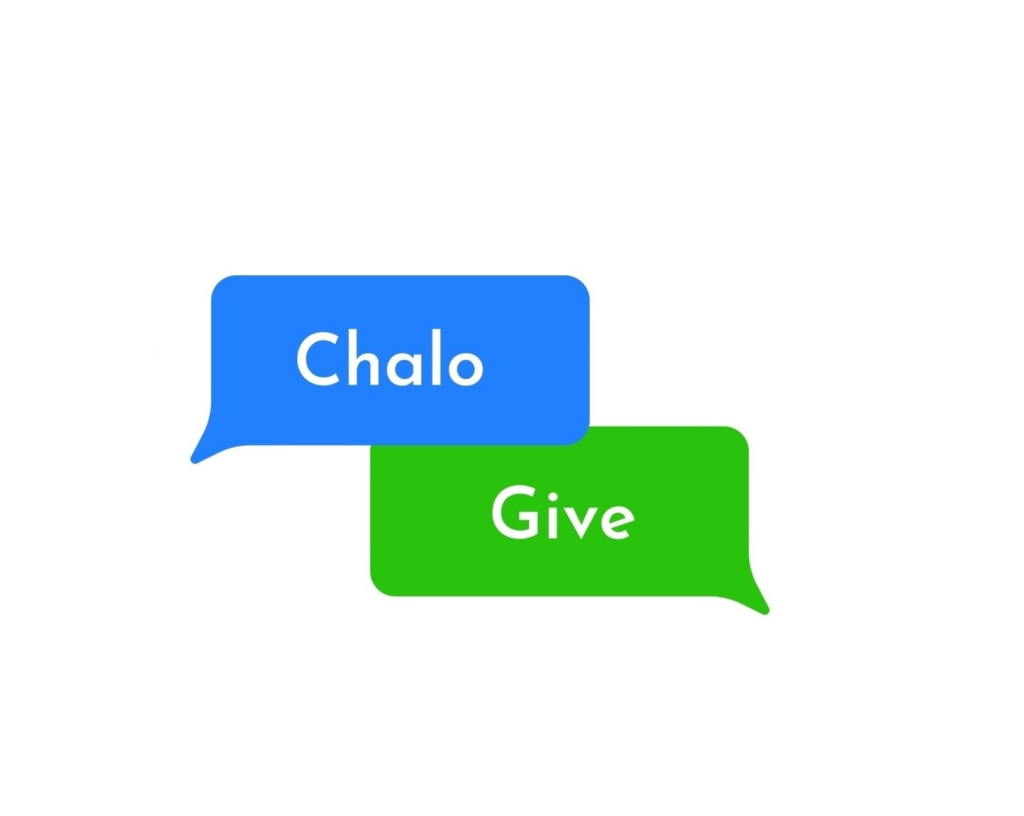 #chalogive: One week of giving, a lifetime of change.

In April 2019, five high school students in Fairfax, Virginia held a piano benefit concert in Akanksha’s honor and raised close to $5,000! This was a graduation recital for three of the performers. They were keen on making a difference through their music. After researching several non-profits, they decided to support Akanksha. With our assistance, they ran a successful campaign and invited us to speak about our work at the event.

The program was called “Ek Kahani” or “One Story” in Hindi and was framed as an Akanksha student’s journey, beginning with the despair of poverty and ending with hope and success through education. Each episode was interspersed with piano solos — the scores were meant to match the story in tone/mood. Throughout the performance, excerpts from our alumni stories were projected on a screen in the hall. The culminating episode was ours to share: the Akanksha Foundation story from one after-school center to 21 schools and counting.

It was a beautiful evening and everybody left inspired and moved! Even the youngest member of the audience — the piano teacher’s seven-year-old daughter — insisted on doing her part. She auctioned her art work in a small gallery attached to the venue and raised $100! 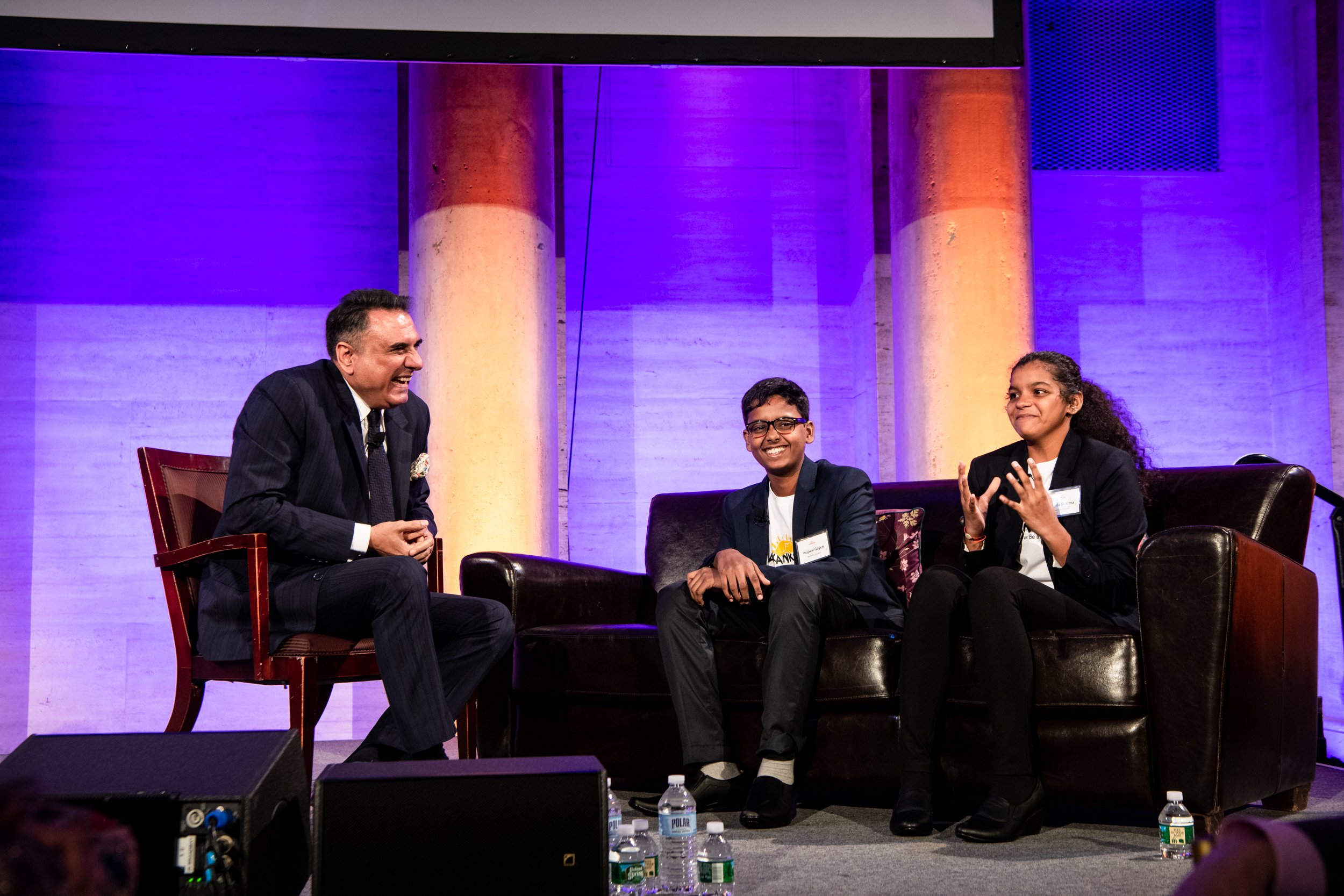 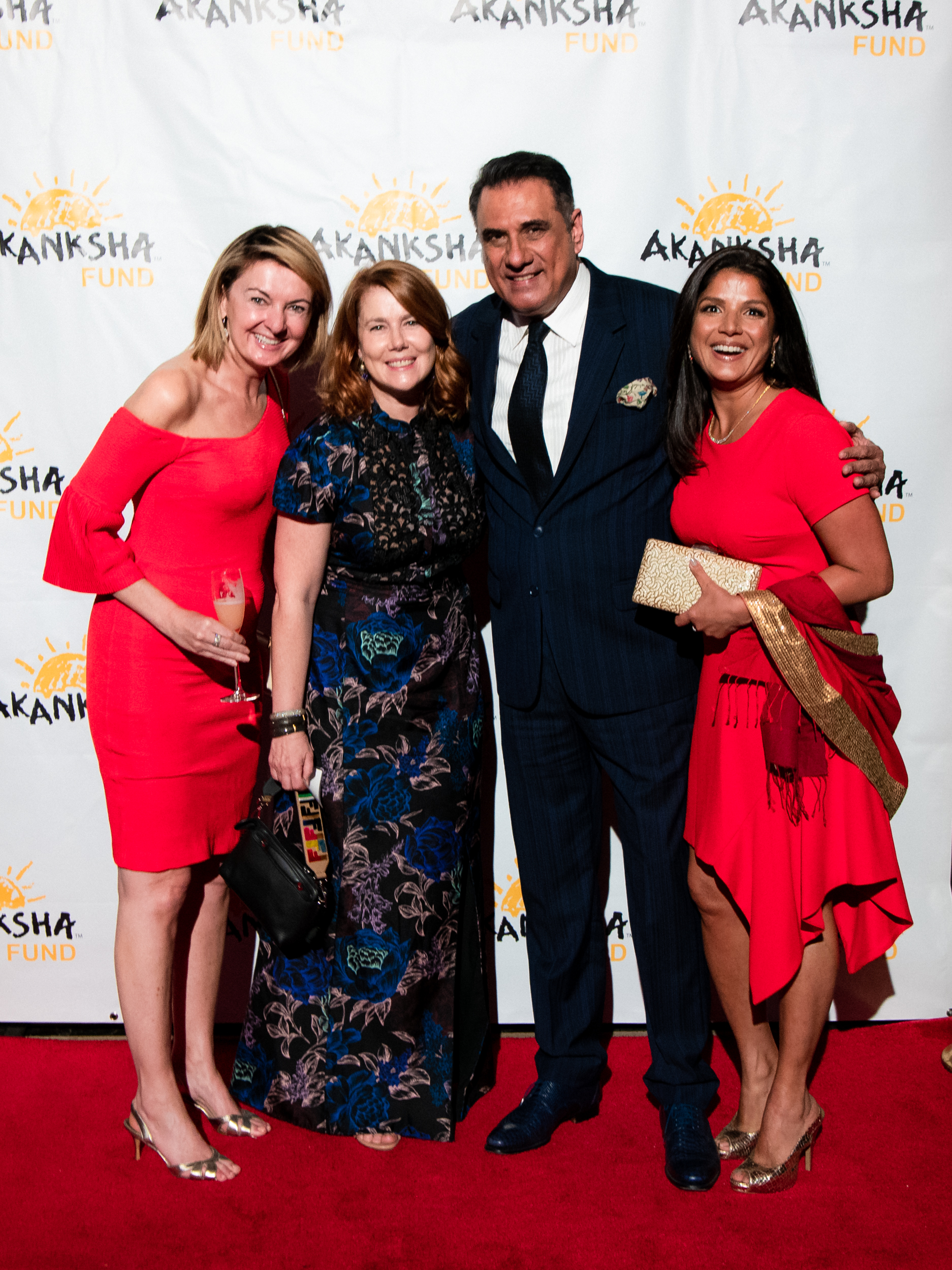 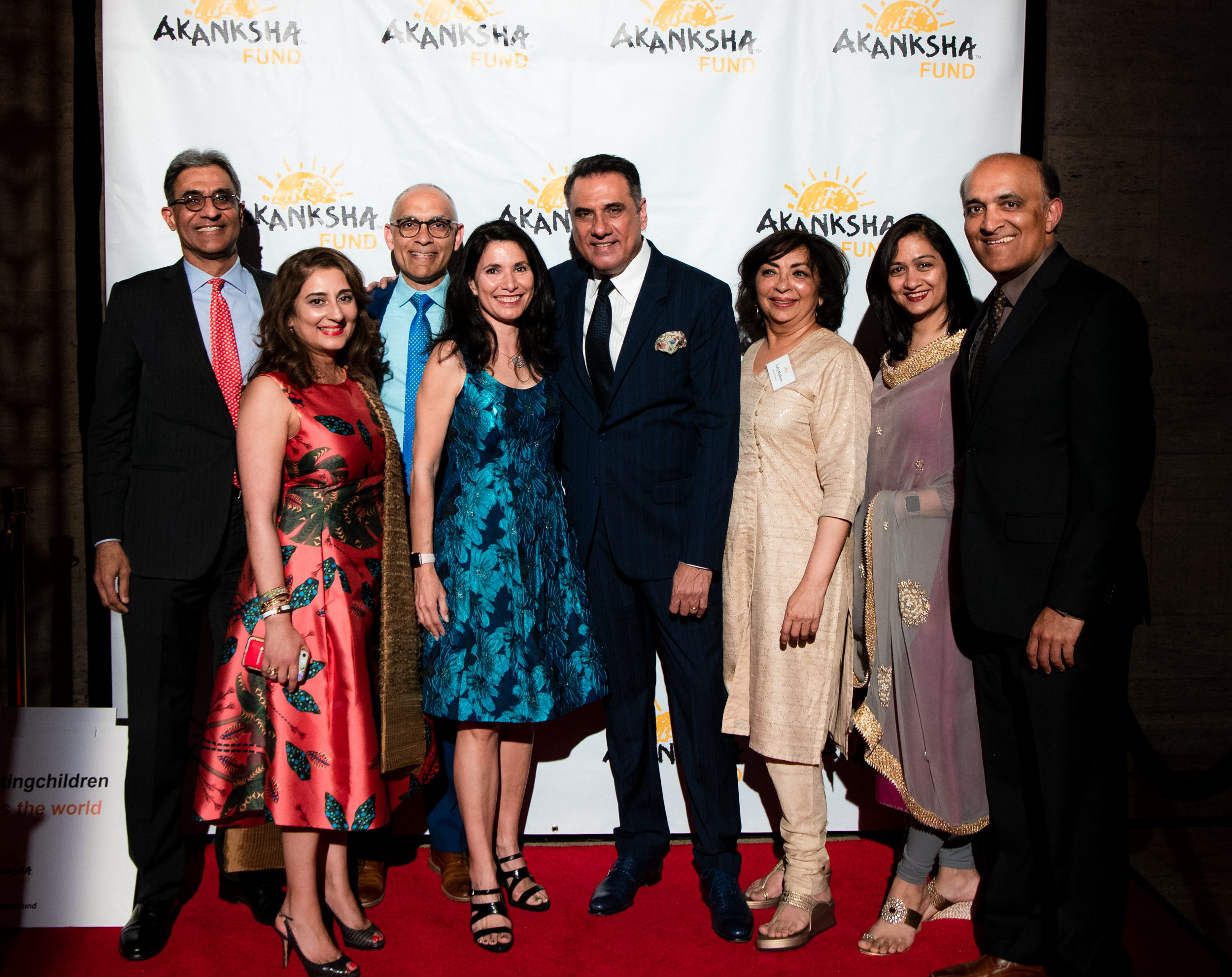 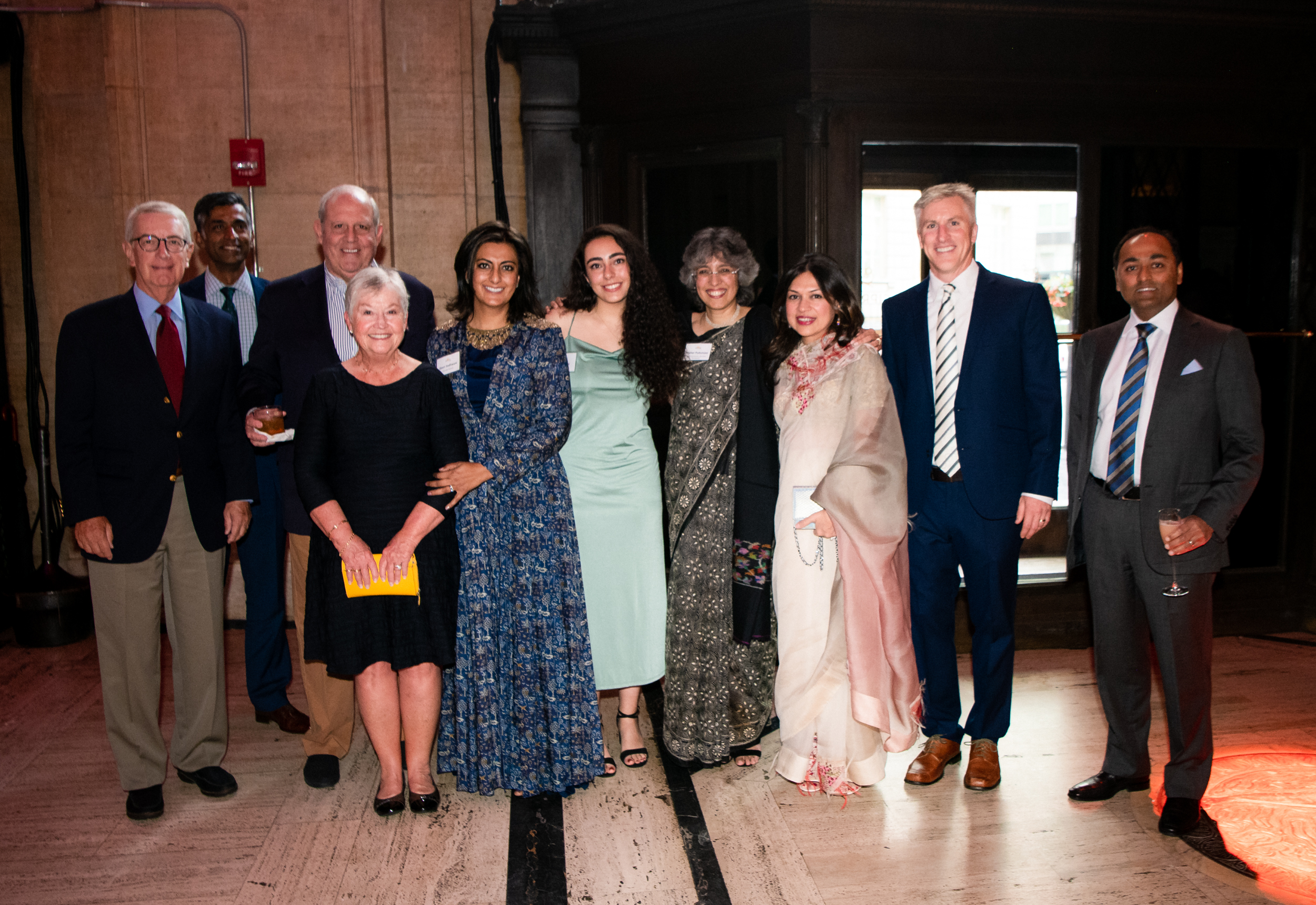 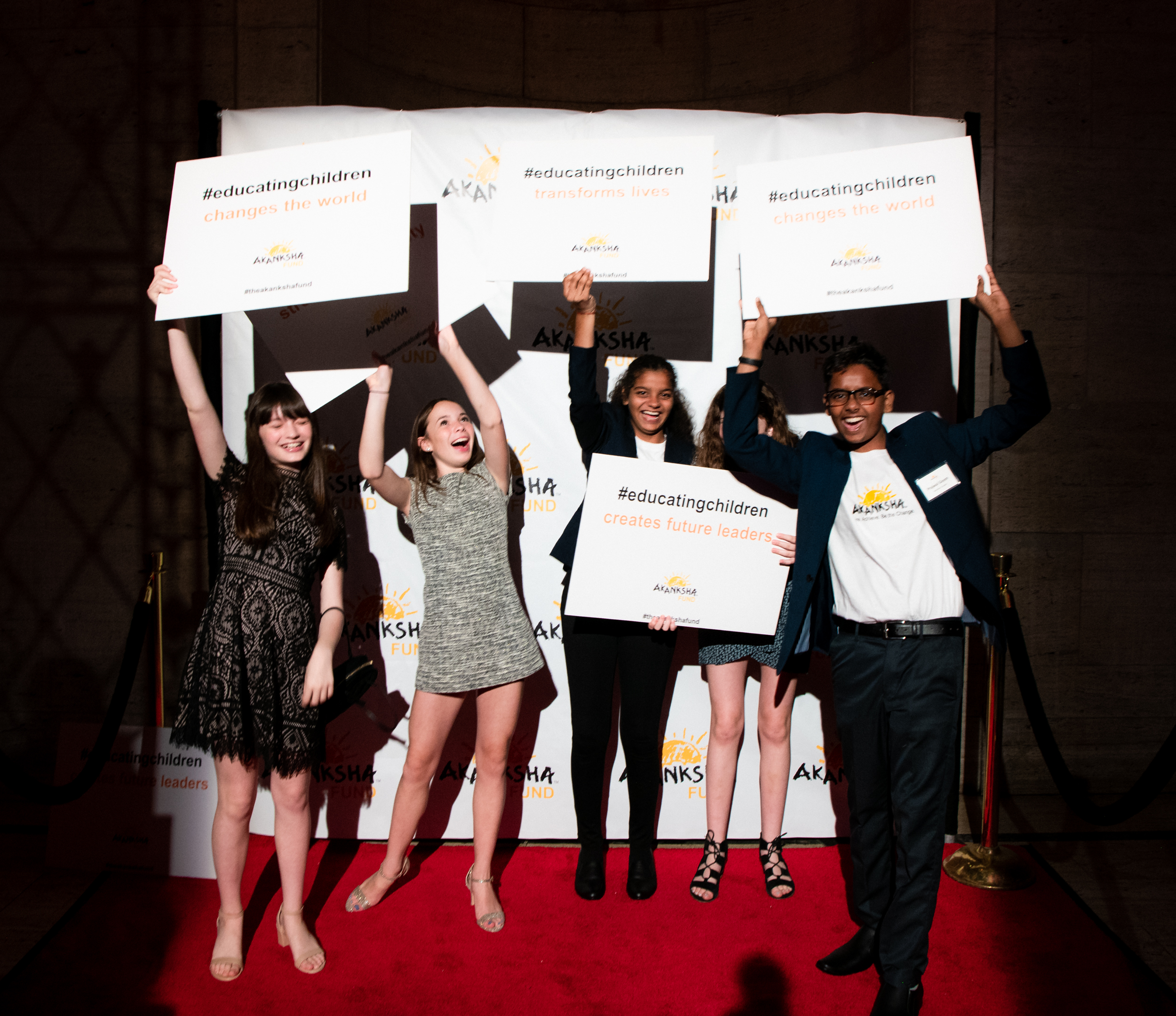 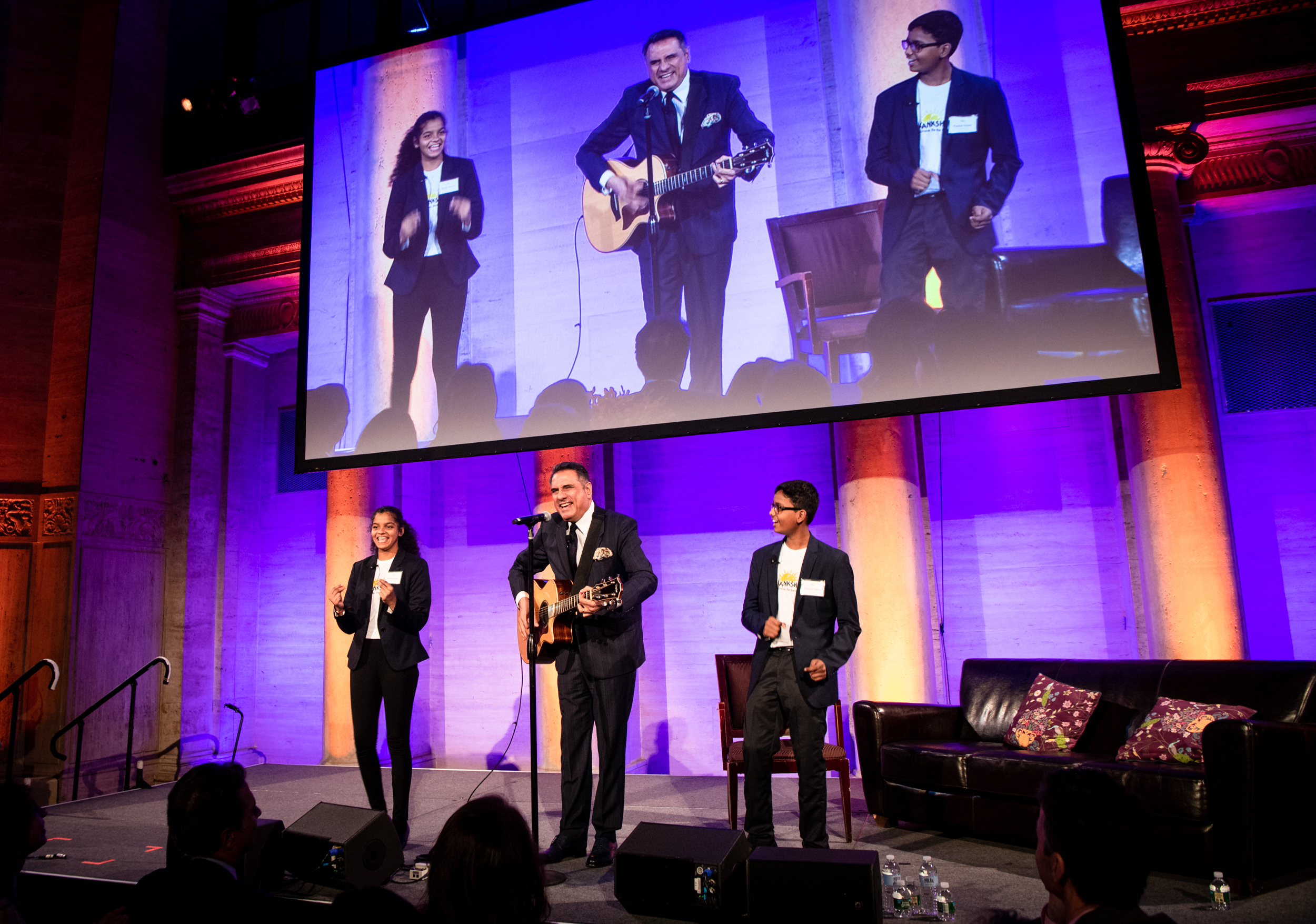 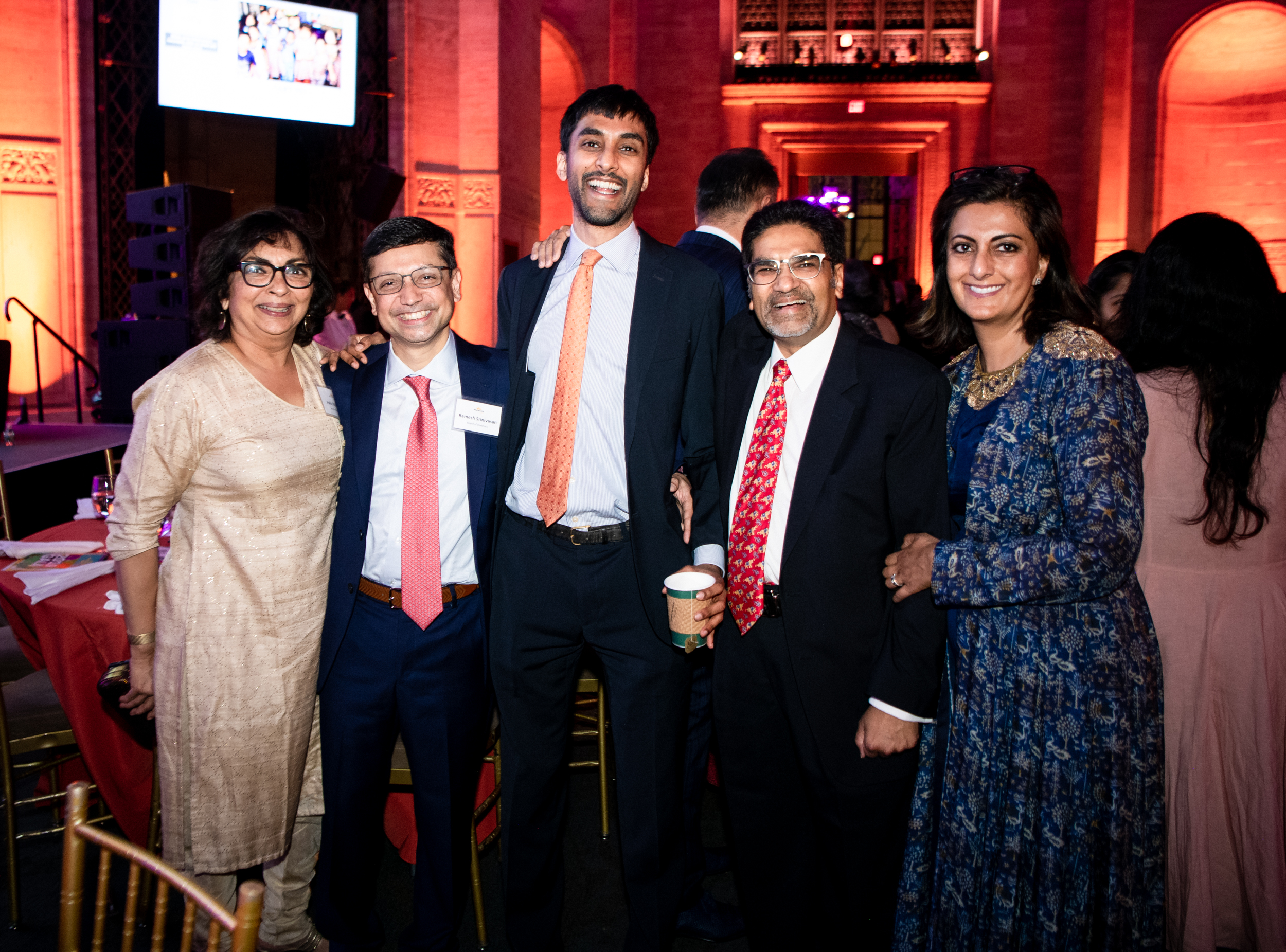 The Akanksha Fund’s fourth annual gala, held at Cipriani 25 Broadway on May 10th, was a resounding success. Over 400 people attended the sold-out gala which raised close to $1 million for Akanksha’s work in India. The gala featured two 8th grade Akanksha students from Mumbai, Prajwal Gayen and Nirjala Sharma. They spoke of the power of education and how Akanksha has changed the course of their lives. During a fireside chat, moderated by famous Indian actor Boman Irani, the students described overcoming obstacles familiar to so many of our students and gaining the tools and skills to succeed through their Akanksha teachers.

Boman Irani entertained the audience with a breath-taking rendition of “My Way” by Frank Sanatra and spoke of visiting Akanksha’s schools and seeing the power of what education can do for children and their families.

The event received national press coverage in India from the Times of India and the Hindustan Times among others. It was organized by this year’s Gala Host Committee, a group of philanthropists from New York passionate about education, and an army of young professional volunteers. Sponsored by leaders in the corporate community and individuals, the event highlighted the need for quality education in the world’s largest democracy and illustrated how Akanksha’s model of working with public and private partners aims to bring best in class education to over one million economically disadvantaged children over the next few years.

Click here to learn more about our 2019 Gala host committee, and our corporate and individual sponsors. And, enjoy these photos from the event!

If you’d like to visit an Akanksha School on your next visit to Mumbai or Pune please contact us at info@googlex.in. 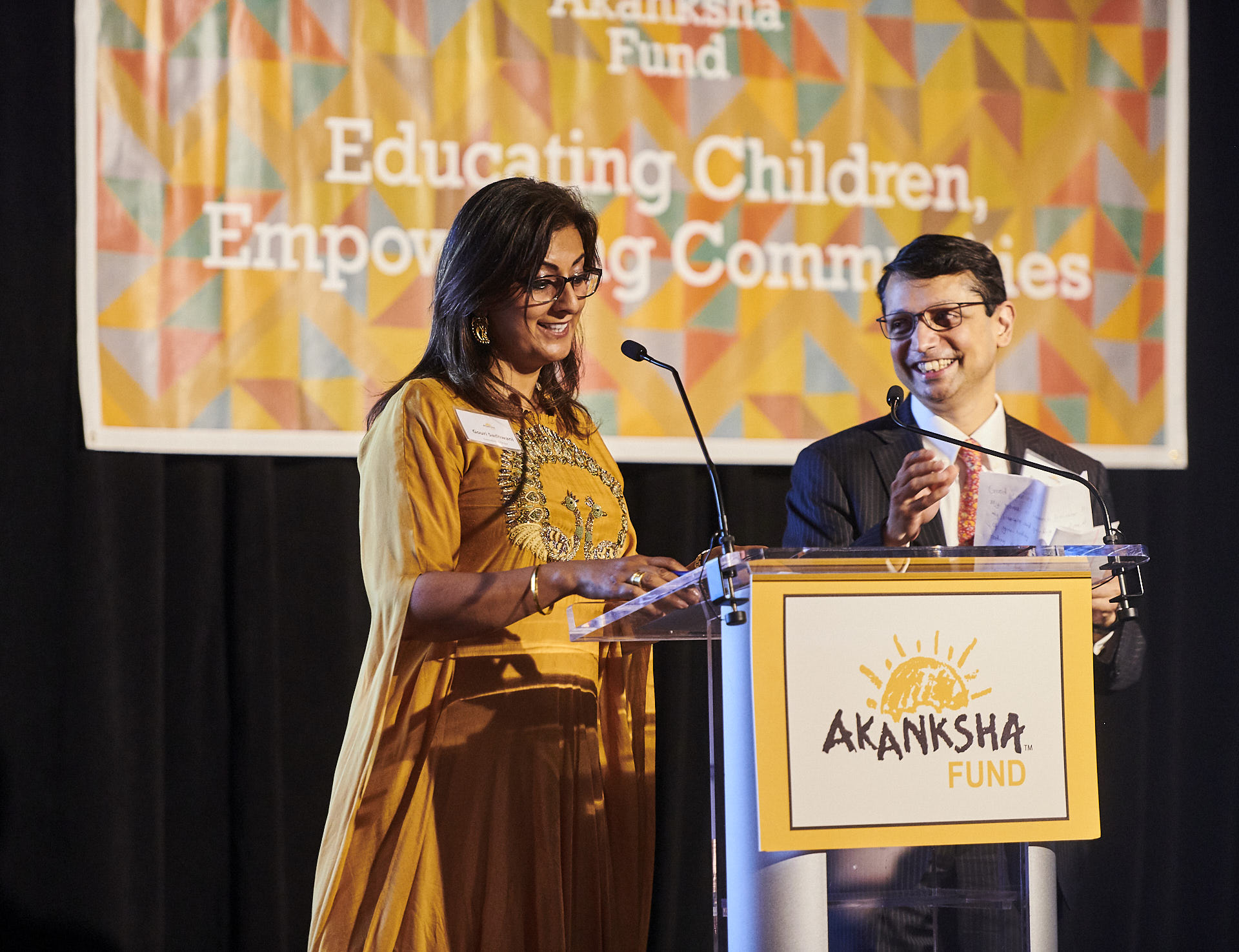 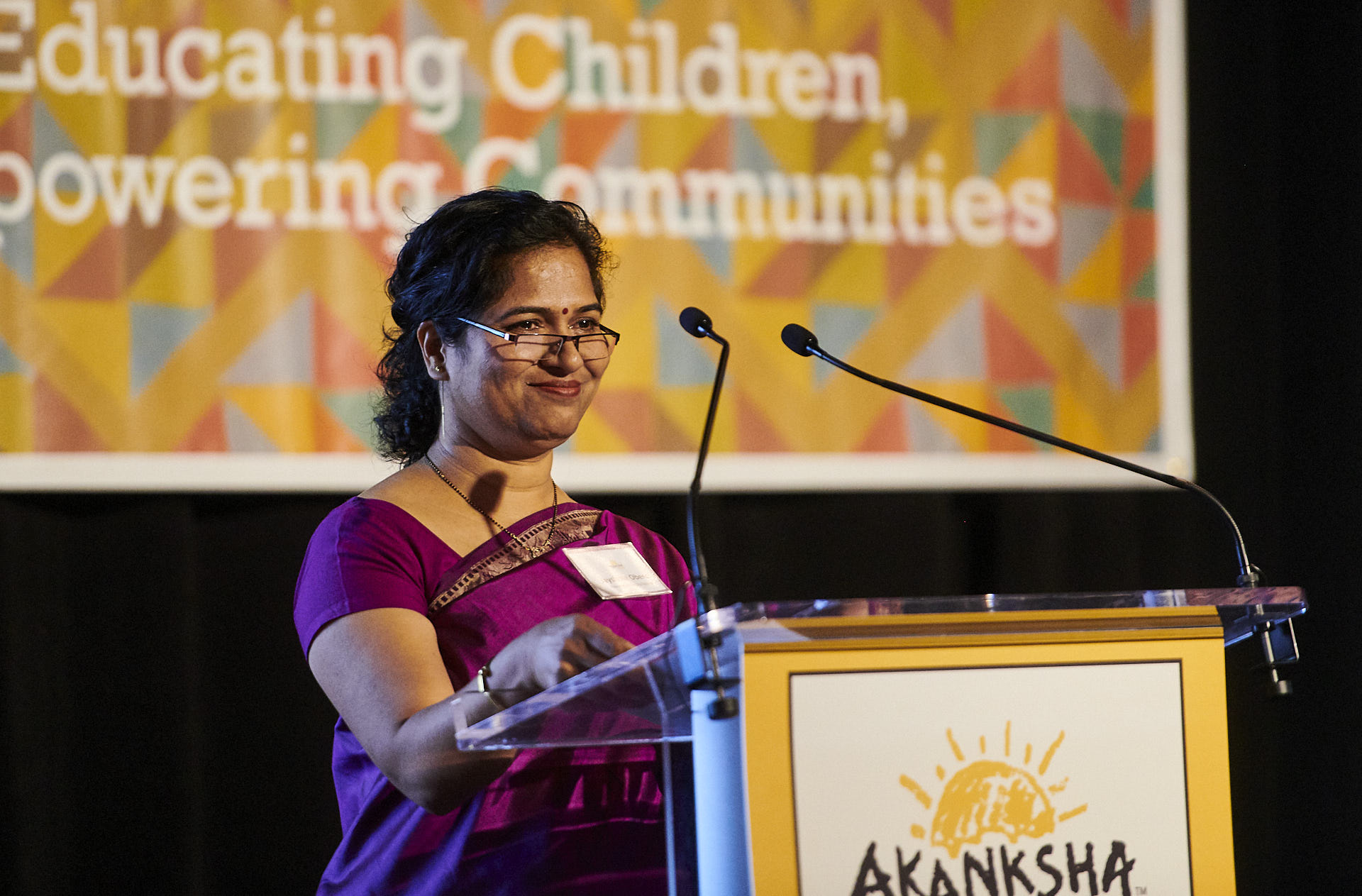 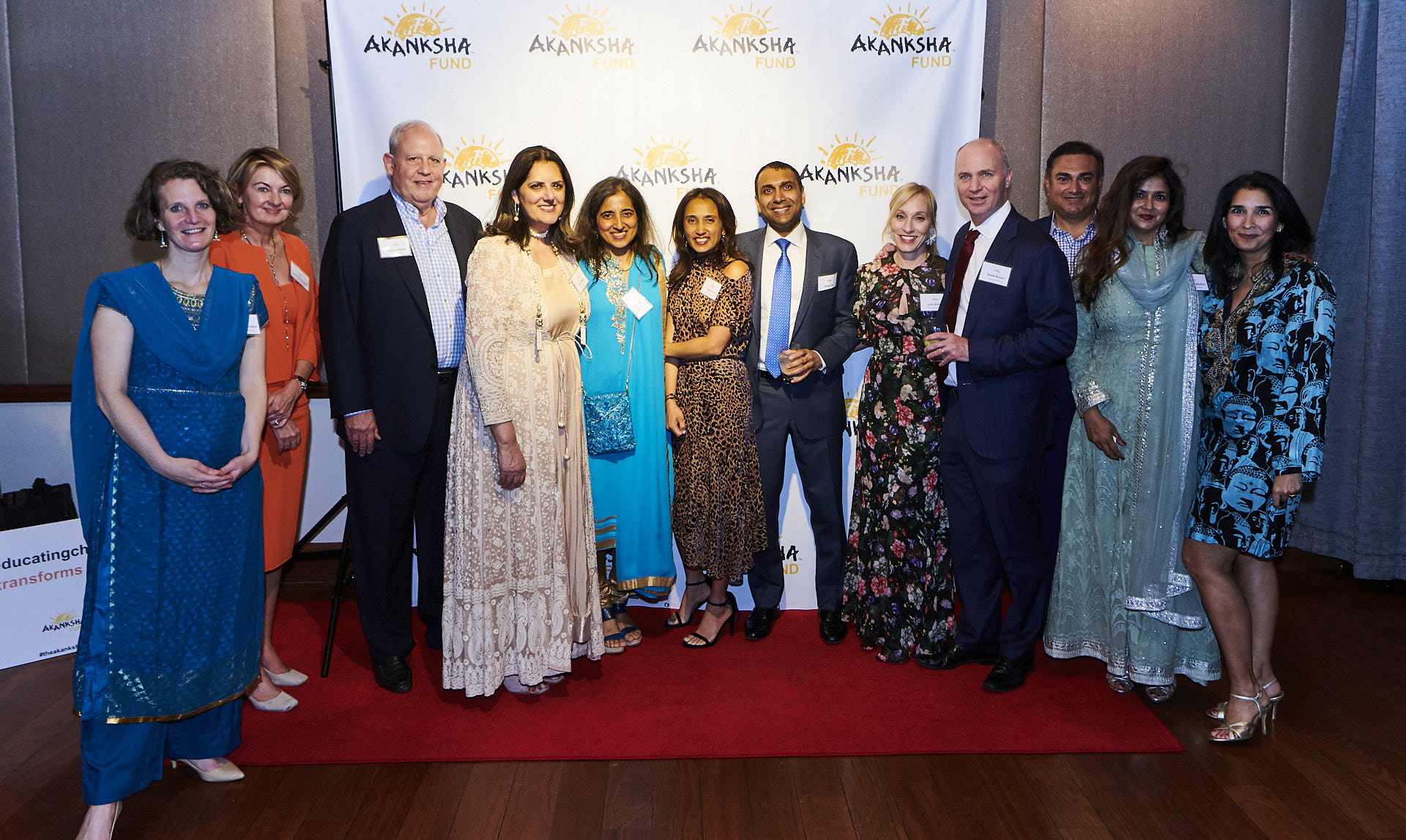 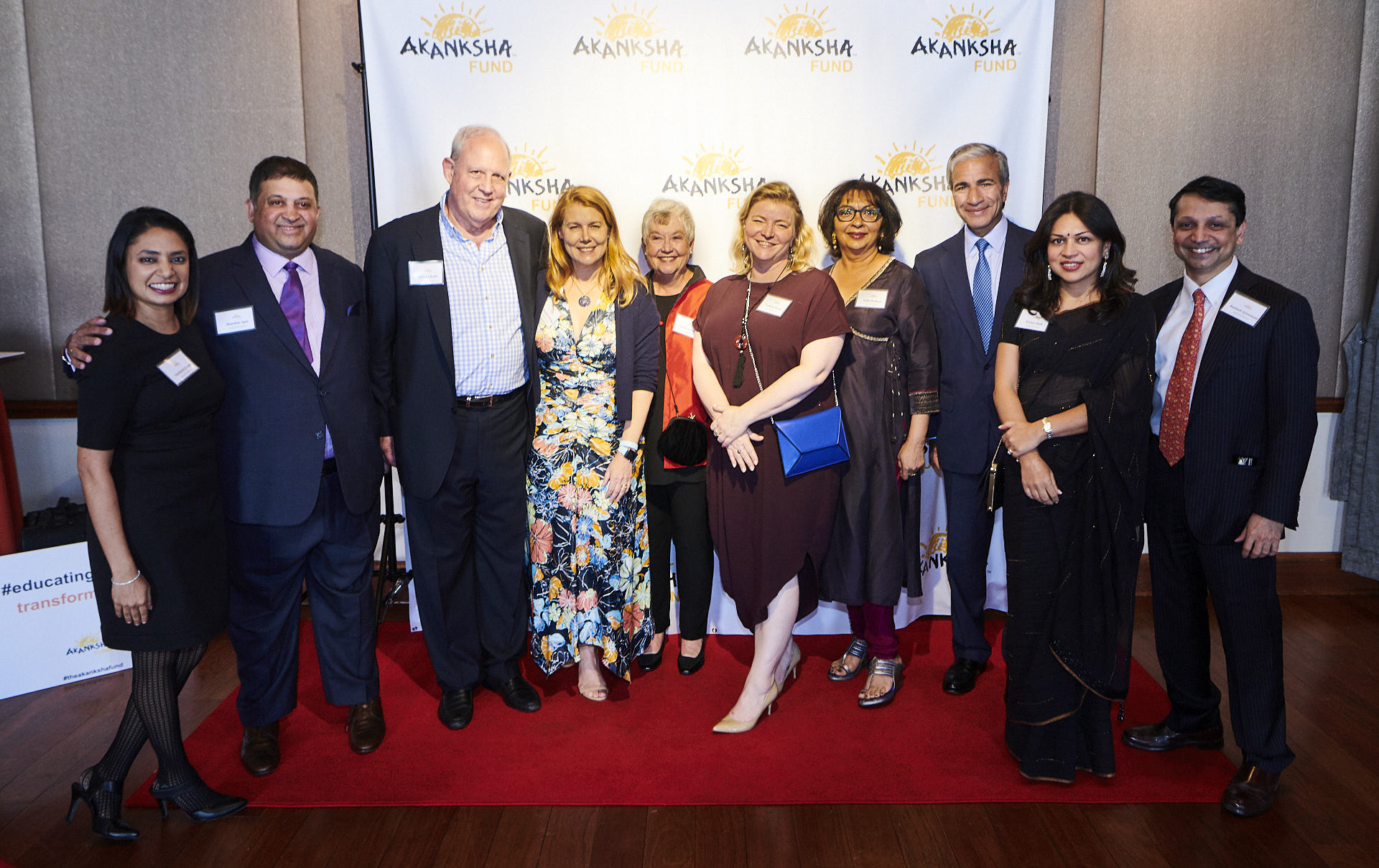 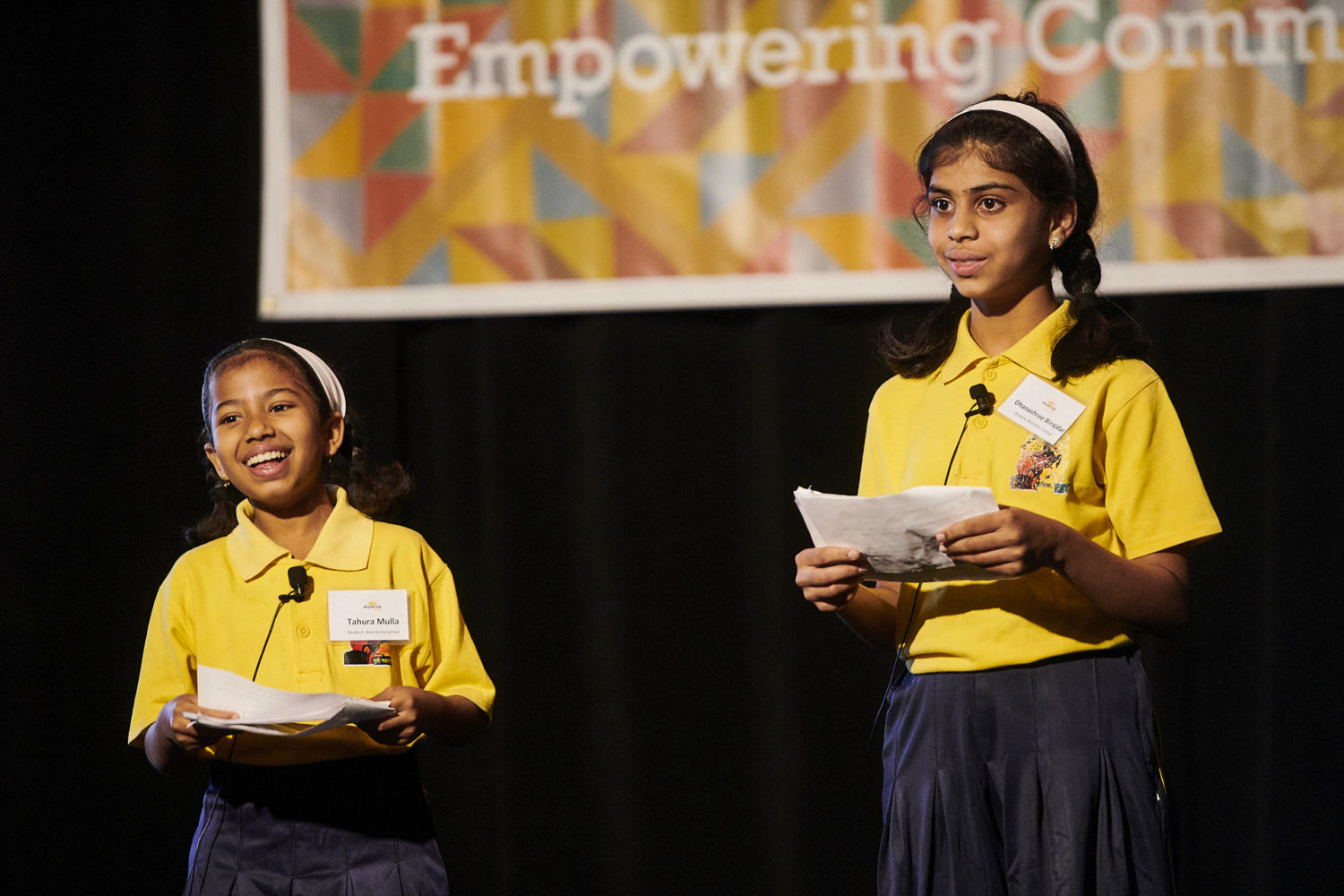 Akanksha Fund’s 2017 Gala: The Stories Behind the Numbers

On May 9, 2017, the Akanksha Fund celebrated its second annual Gala, The Stories Behind the Numbers. The 2017 Gala looked behind Akanksha’s statistical achievements to highlight student’s stories.

The keynote speakers of the night were three Akanksha alumni, Shubhangi Nagaria, Pooja Wagh, and Mrunal Khadke. The alumni described how access to a quality education transformed their lives.

To view the Gala photo album, please click here.
To view speeches from the 2017 Gala, please visit our YouTube channel. 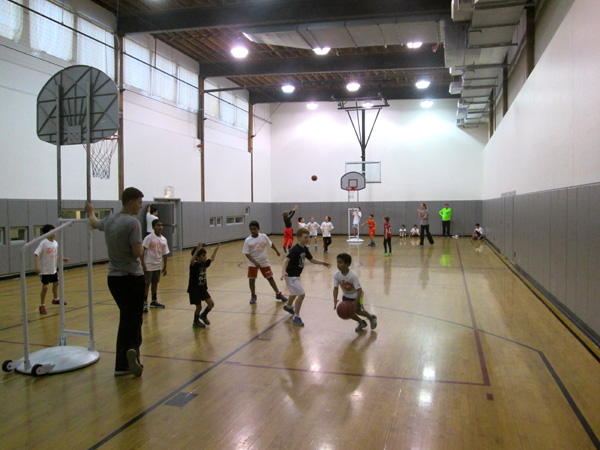 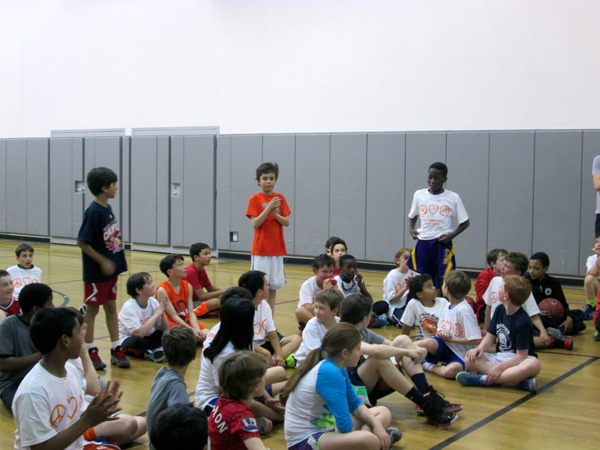 A recent fundraiser called, the 3 on 3 Classic, was a basketball tournament that brought together over 50 children and friends in Chicago came together to play hard, donating their time, energy, money, and effort to enact change for children in India through the Akanksha Foundation. They raised $2,560 to buy supplies for Mahalaxmi School in Mumbai. 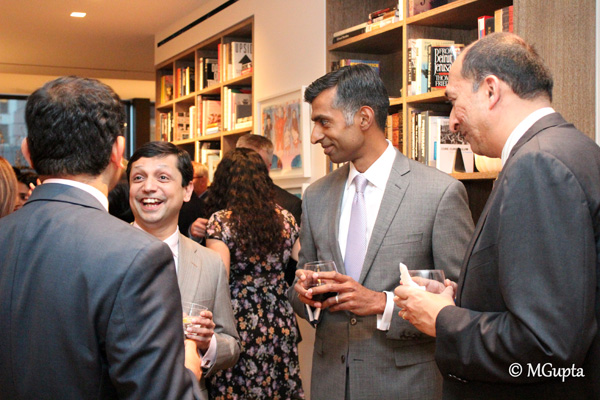 Here, Ramesh Srinivasan (President of Akanksha Fund Board and Senior Partner at McKinsey), second from left, mingles with guests. 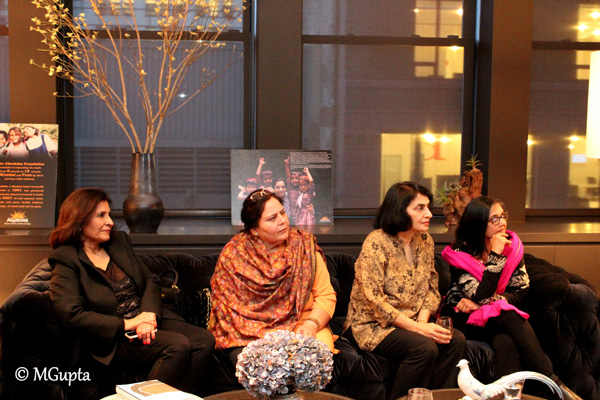 Guests at the Sen event listening to a presentation about Akanksha’s work. Akanksha Fund’s April 2014 Reception in NYC, hosted by Dr. and Mrs. Sen. 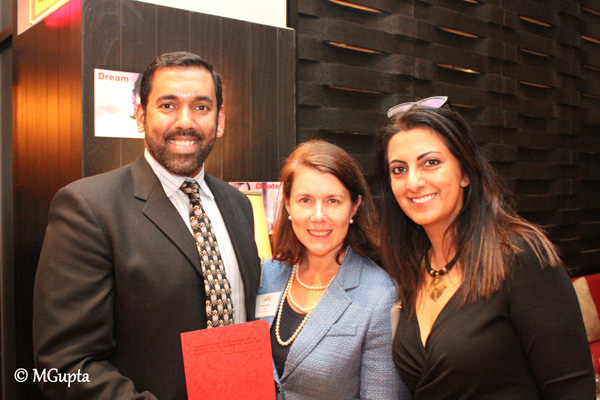 Left to right: Sunil Oommen (Amnesty International U.S.A.) with Brande Stellings (Secretary of Akanksha Fund Board and VP at Catalyst) and Gouri Sadhwani (Executive Director of The Akanksha Fund) 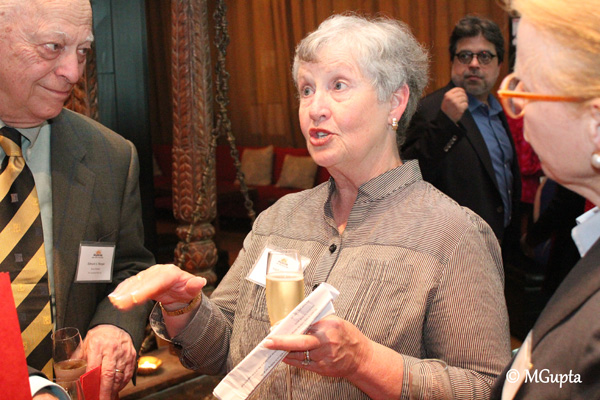 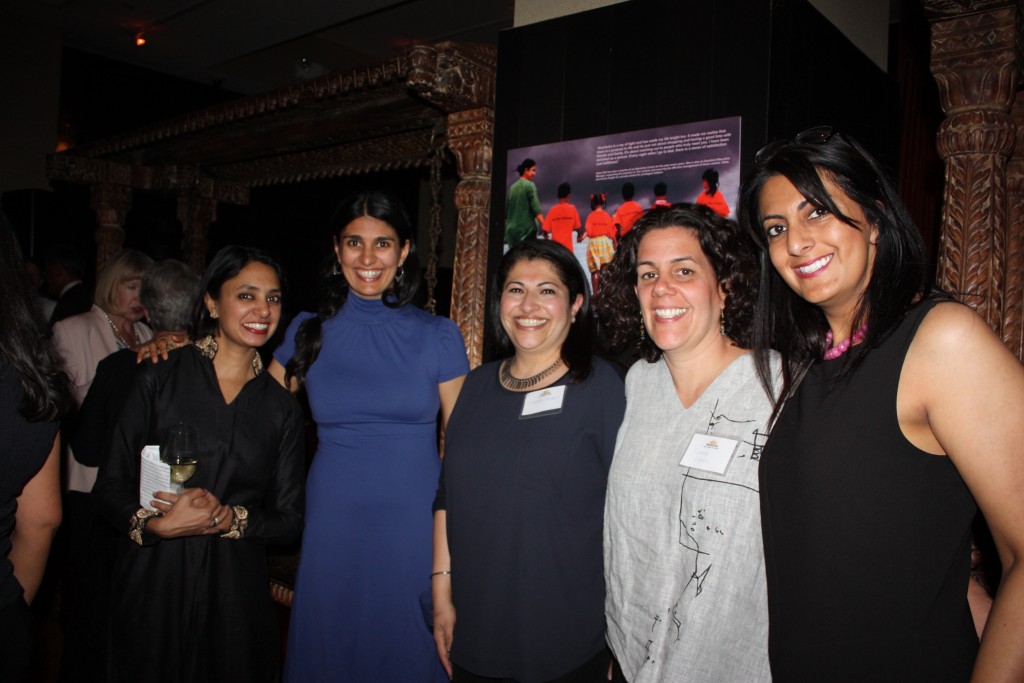 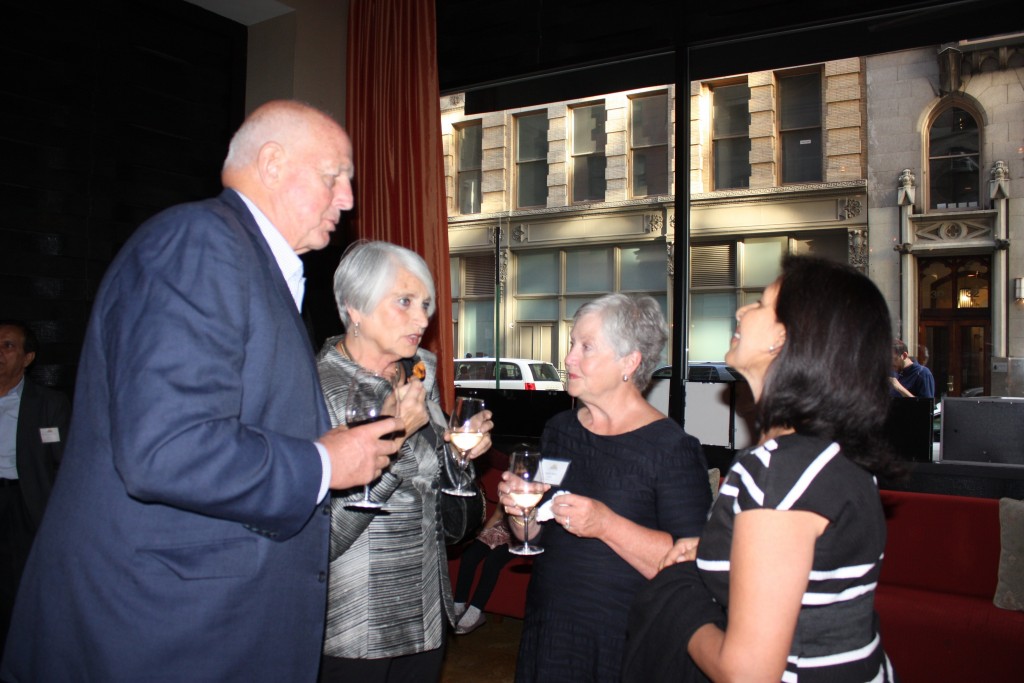